Scooter are a German techno and hardcore techno band from Hamburg[1], who have sold over 14 million records and have earned 80 gold and platinum awards, they are also considered the most successful single-record German act with 20 top ten hits on their résumé. [2] [3] The band is currently made up of members H.P. Baxxter, Rick J. Jordan and newest member Michael Simon. Although most of the band's early recordings are hardcore techno or hard trance, they also experiment with other hard dance genres like jumpstyle, and occasionally hip hop and house.

Their trademark sound features spoken or shouted vocals, pitch-shifted chorus vocals and live performance elements such as crowd samples. Among their more well-known hits are "Hyper Hyper", "Move Your Ass!", "Fire", "How Much Is the Fish?", "Posse (I Need You on the Floor)", "Ramp! (The Logical Song)", "Nessaja", "Weekend!", "Maria (I Like It Loud)", "One (Always Hardcore)", "Hello! (Good to Be Back)" and "The Question Is What Is The Question?". 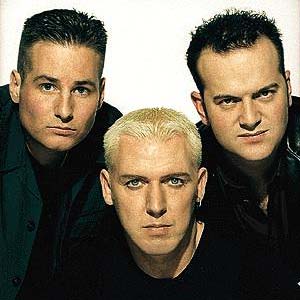 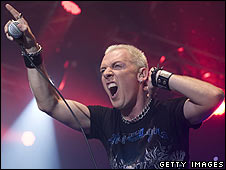