Michael Holbrook Penniman [1][2][3](born 18 August 1983), known as Mika (pronounced /'mi?k?/), is a London-based, Grammy-nominated and BRIT Award-winning singer-songwriter, who has a recording contract with Casablanca Records and Universal Music. He rose to fame around the end of 2006 and the start of 2007.

Mika was born in Beirut, Lebanon, the third of five children born to a Lebanese mother and an American father. When he was a year old his family was forced to leave war-torn Lebanon and moved to Paris. After listening to Nirvana's "Heart-Shaped Box," he wrote his first song, which he describes as an "awful" piano instrumental called "Angry". The family moved to London when he was nine years old. There, he attended the Lycée Français Charles de Gaulle, where he experienced severe bullying. He also had problems with dyslexia. He experienced a break-down at age 11, and was home-schooled by his mother for six to eight months.[3]. He then attended St Philips School in Kensington. Later he attended Westminster School and the Royal College of Music, which he left to record his first album at Casablanca Records.[4]

He slightly altered his given name, Mica, changing the "c" to a "k," because he was frustrated by how often people would mispronounce it.[citation needed] 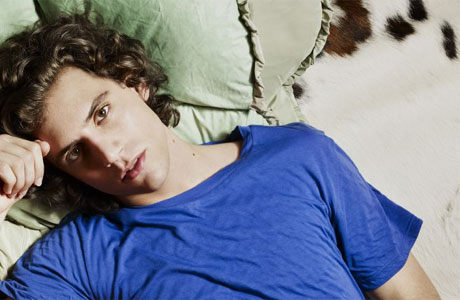