Sinclar started DJing in 1986, when he was 18 years old, specialising in funk and hip-hop music, with the name Chris The French Kiss. His first club hit was "Gym Tonic", which was co-produced by Thomas Bangalter of Daft Punk, featuring vocals illegally taken from a Jane Fonda fitness tape. The Bob Sinclar persona was based on a character from Philippe de Broca's film Le Magnifique.

Le Friant is famous for popularising the "French touch" of house music[citation needed], with heavy use of sampled and filtered disco strings. His track "I Feel For You", a tribute to French musician Cerrone, from his second album Champs Elysées, hit #9 in the UK Top 40. On track "Darlin'", he worked with vocalist James "D-Train" Williams.

Le Friant has also worked under other pseudonyms. Under the aliases The Mighty Bop and Reminiscence Quartet, he has dabbled in hip-hop and acid jazz. He also created the Africanism project, where an ensemble of artists produce house music with a combination of Latin, jazz, African and tribal flavours.

In 2005 he scored a hit with the single "Love Generation", that reached #1 on the Australian ARIA Singles Charts and the German Media Control Single Charts in 2006. The song was a huge success throughout Europe, also peaking at no. 2 in the Dutch Top 40 and it stood 39 weeks in the Ultratop 50 in Belgium. It also became one of the official anthems for the World Cup 2006 held in Germany. The follow-up hit was "World, Hold On", that features Steve Edwards and also managed to chart in the top ten in most of the European countries. "Rock This Party (Everybody Dance Now)" followed on 22 August 2006.

The remix of "World, Hold on" by E-Smoove was nominated for a Grammy 2007 in the category Remixed Recording. Also, "World, Hold On" topped in Billboard Magazine as Number One Hot Dance Club Play Single of 2006, beating Madonna and Christina Aguilera. The fourth single of the album Western Dream, called "Tennessee" was supposed to be released in April 2007, but has been canceled due to the rumour of a new album being released[citation needed].

His latest album is Soundz of Freedom. It came out in France on 21 May 2007. The remix of "Rock This Party" reached number 1 in the Billboard Hot Dance Club Play 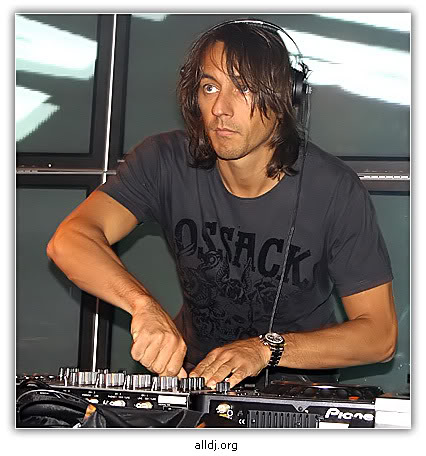