Anna Mae Bullock, better known by her stage name Tina Turner (born November 26, 1939) is an American singer, dancer and entertainer. Her success, dominance, popularity and consistent contributions to the rock music genre have garnered her the title, "The Queen of Rock & Roll".[1][2][3][4] She is known worldwide for her overpowering and energetic stage presence,[2] powerful vocals, ground-breaking concerts[5] as well as for her long, well-proportioned legs that are considered the most famous in show business.[6][5] She was listed on Rolling Stone's list The Immortals — The Greatest Artists of All Time. Turner is a Rock and Roll Hall of Fame inductee,[7] and she is also represented in the Grammy Hall of Fame by two of her recordings: "River Deep - Mountain High" (1999) and "Proud Mary" (2003).[8] Turner has won eight Grammy Awards.[9]

Turner has been acknowledged as one of the world's most popular entertainers, biggest-selling music artists of all time and the most successful female rock artist ever[10] with record sales nearly 200 million copies worldwide[11][12][13][14][15] and having sold more concert tickets than any other solo performer in music's history.[11][16] Turner has accumulated many hit albums and singles worldwide as a solo act and with former husband, Ike Turner, (as a member of the Ike & Tina Turner Revue)[17]

Turner's world tour Break Every Rule Tour had record breaking ticket sales and was attended by over four million fans. Turner also beat out The Rolling Stones by touring Europe during her sold out Foreign Affair Tour in 1990 and playing to four million people in just six months. Her 1996 Wildest Dreams Tour was performed to 3.5 million fans. In the year 2000 she launched her Twenty Four Seven Tour that packed stadiums all over the world, it was the highest grossing tour of the year, and is the 5th biggest grossing tour in America ever.

In 2008, Turner hit the road again for the first time in eight years with the world tour Tina: Live in Concert Tour.[18][19] Turner's tour has managed to become the highest selling ticketed shows of the year.[15]

Turner has been often referred as "the truest rock diva of all,"[20] "soul's first real diva,"[21] "The most dynamic female soul singer in the history of the music,"[22] and "one of soul music's most incendiary performers."[4][21] 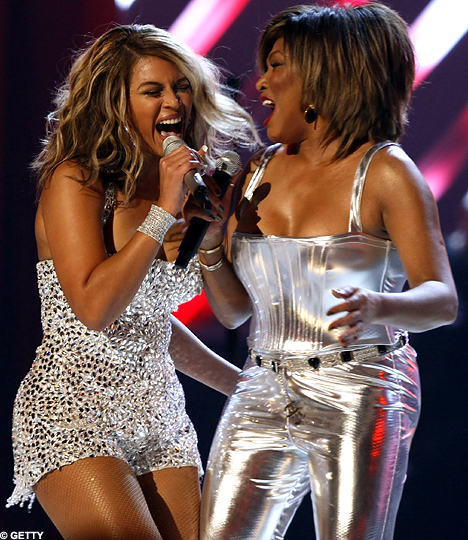