Rihanna was born on February 20, 1988, in a county in Barbados called St. Michael. She lived the life of a normal island girl going to Combermere, a top sixth form school, similar to grammar schools in the UK. Rihanna won a beauty pageant and performed Mariah Carey's "Hero" in a school talent show. Her life changed forever when one of her friends introduced her to Evan Rodgers, a producer from New York who was in Barbados for vacation with his wife, who is a native. Rodgers arranged for her to go to New York to meet Jay-Z, CEO of Def Jam Records. He heard her sing and knew she was going to be big and for more than just one song. She was 16 when she was signed to Def Jam. Rihnanna's debut album is out now. It's called "Music of the Sun". 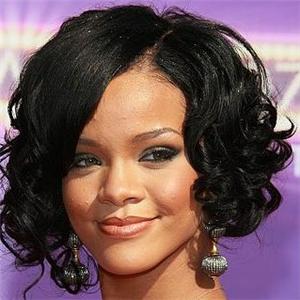