Ricky Martin -- an international superstar and native of Puerto Rico who has sold more than 15 million records worldwide appears to be conquering the US as well, thanks in large part to an electrifying performance of his worldwide smash hit (and 1998 World Cup theme song), "La Copa de la Vida," at the Grammy Awards show in February 1999. Martin is being hailed as the forerunner in a vanguard of Latin pop guards - a 'Latin fever' that is spreading worldwide. His 1998 Spanish-language album, Vuelve, won the 1999 Grammy for Best Latin Pop Performance and Martin's debut single ("Livin' La Vida Loca") from his first English-language album has become the biggest selling No.1 single in the history of Columbia Records.

Born in San Juan, Puerto Rico, on December 24th 1971, Martin got his first taste of performing in grade school, where he acted in school plays and sang in the choir. As a small child, he appeared in a number of television commercials and immersed himself in singing lessons. Unusually, early influences included David Bowie and Cheap Trick until his mother escorted Martin and his brothers to a Celia Cruz concert, an event that had a profound influence. "One day our mother got tired of rock," he recalls with a smile. "She said, 'I can't stand it anymore!' and grabbed us by the ears and took us to a Celia Cruz concert. It really affected me." Today, Ricky says, "I listen to everything. I'm like a sponge. I'm in this creative moment that feels like, 'Let's get it out!'"

Martin landed a spot with the Latin boy group Menudo in 1984 at the tender age of 12, and for the next five years he maintained a grueling regime of recording work and tours. In 1989, when Menudo was at the peak of its success, Martin opted out and moved to New York, hoping to achieve solo success. After a year of unemployment, frustration led the aspiring entertainer to Mexico. Soon after being cast as a regular in the Mexican soap opera Alcanzar una Estrella II, Martin began dividing his time between acting and music. His first two Spanish albums, 'Ricky Martin' (1992) and 'Me Amaras' (1993), achieved gold status in several countries. This success led Martin to move once again, this time to Los Angeles in 1994 where he divided his time between his third Spanish album, 'A Medio Vivir' and as bartender Miguel Morez on the US soap, General Hospital.

Released in 1995, A Medio Vivir constituted a turning point in Martin's recording career. The album combined Latin styling with a rock orientation. Worldwide sales reached 600,000 within six months, and in October 1997 the release was certified gold. Martin was awarded the prestigious role of Marius in the Broadway production of Les Miserables and also found time to dub the Spanish version of the popular animated Disney film Hercules.

As soon as his year-long stint on Broadway was completed, Martin began work on his fourth Spanish album titled 'Vuelve', the album which sported the smash hit, "La Copa de la Vida". It experienced spectacular worldwide sales, to date selling 6 million copies. Following Martin's 1999 Grammy victory - Vuelve was named Best Latin Pop Album - and his much talked-about performance at the awards ceremony, sales of Vuelve jumped six-fold, thus creating the perfect atmosphere for the May release of Martin's first English-language album, 'Ricky Martin', which has been two years in the making. "It's all about communicating," Ricky says by way of explaining his decision to record in English. "I will never stop singing in Spanish -- that's who I am -- but this was always part of the plan."

"I had the dream team!," he enthuses about his producers: Robi Rosa (with whom he's been working for years); Emilio Estefan, Jr. (the pioneer behind the "Miami sound"); songwriter Desmond Child (best-known for his work with Bon Jovi and Aerosmith but, as Ricky points out, is Cuban-born and "very much in touch with the Latin sounds"); and, through Madonna, electronica titan William Orbit. The production values on Ricky Martin draw from, and enhance, the roots of his music. "Technology is great and it works so you use it," Ricky admits, "but I also try to keep things very simple. When it comes to music, you cannot pull a whip on yourself. I don't want my voice to sound too technical, I want it to sound like me. The way I feel is, I don't have to sound perfect, but my emotion has to nail it. There's nothing scientific about it, it's all about emotion. I let it flow. If it's real, it stays."

So far Martin appears to be handling his success well, turning down a chance to star opposite Jennifer Lopez in a film remake of West Side Story, on the grounds that the movie helps perpetuate Puerto Rican stereotypes; 'the consummate professional and painstaking artist'. He also continues to maintain a relationship with his longtime girlfriend, Rebecca de Alba (who hosts a TV show in Mexico), and in regard to his singing career he said to USA Today:
"I want to do this forever. I don't want to be the hit of the summer, and, hopefully, with a lot of humility, we can talk in 10 years and I'll still be here." 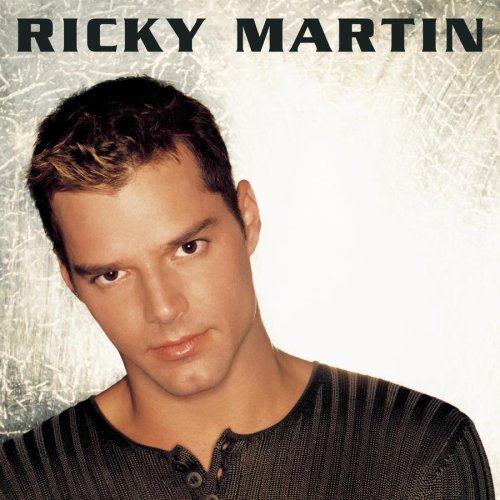 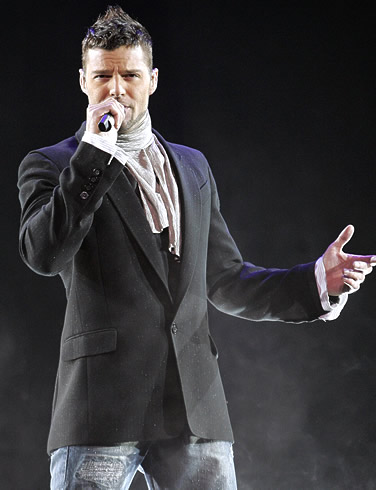