Benny Benassi (born Marco Benassi on 13 July 1967)A native of Milan, DJ/producer Benny Benassi started DJing alongside cousin Alle Benassi in the late 1980s in their hometown, before moving to Larry Pignagnoli's Off Limits production studio in the mid 1990s, creating music for various acts, including Whigfield, J.K. and Ally & Jo. Benassi first hit the dance floor with his own projects in 2001 with the single "I Feel So Fine", released under the name KMC with vocals by Dhany, the track first stormed the charts in Benassi's native Italy, and soon became a number one hit in the United Kingdom.[5]

After moving from eurohouse to electro, "Satisfaction" took Benassi's success worldwide a year later with high-profile DJs like Carl Cox, Darren Emerson, and Roger Sanchez singing its praises. This reached Number 2 in the UK Singles Chart after the Ministry of Sound record company replaced the original video (an almost still picture of the band overlayed with graphics) with a video of models using power tools. Released in 2003, the campy and quirky Hypnotica was Benassi's solo debut. At the end of 2004, he won the European Border Breakers Award for Hypnotica, which racked up the most sales for an Italian album outside of Italy. Benassi often works with vocalists Paul French and Violeta, who are collectively known as The Biz.

Benny then produced a group with cousin Alle, called Benassi Bros., a project designed to shine the spotlight on the two Biz vocalists, Paul French and Violeta and other guest singers. A year after the release of Hypnotica, Pumphonia marked their first full length release. And then in 2005, Benassi Bros. released their second album …Phobia.

Some of his singles have charted high in the United Kingdom and have been played worldwide in clubs. Remixes for OutKast, Goldfrapp, and Felix da Housecat followed. Benassi also remixes the music of his contemporaries, such as Tomcraft and Fischerspooner.

In 2005, Benny founded the record label known as Pump-Kin Music. The focus of the label is primarily new and unsigned producers. Through this venture, he hopes to give exposure to some of the lesser known DJ/production talent across the world.

In August 2007, Benassi released a remix of Public Enemy's 'Bring the Noise'. The video for the track was created by Eclectic Method featuring a montage of live footage from Public Enemy, the video was premiered on imeem.com. In February 2008 "Bring the Noise" won a Grammy for best Remix (Dance).

His latest album Rock 'n' Rave was released on 16 June 2008. The first single from the album is "I Am Not Drunk." is a Grammy Award winning Italian disc jockey and producer of electro house music. He is best known for his 2002 summer club hit "Satisfaction". Benny Benassi ranks as the 12th most popular DJ in the world according to the TheDJList website and 39th most popular DJ in the official 2008 global poll of DJ Magazine. 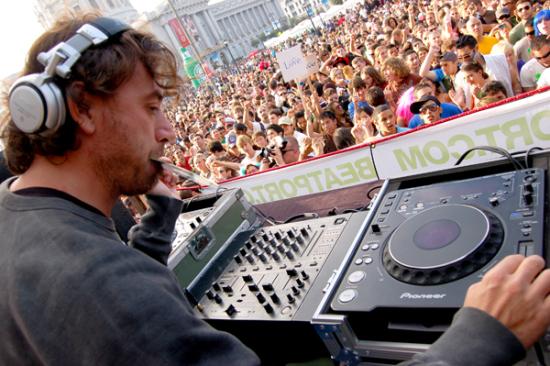